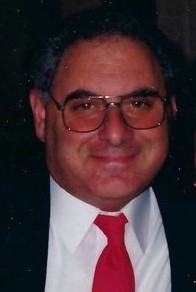 Jerry P. Covino, 76, of Waterbury, CT, passed away on October 5, 2021, at home after a long illness. He was surrounded by his loving family. He was the husband of Antoinette (Lombardi) Covino for 53 years.

Jerry was born on July 13, 1945 in Waterbury. He was the son of the late Jerry and Concetta (Lombardi) Covino. Jerry lost his father when he was very young and was raised by his stepfather, Peter Cimicato. Jerry lived his entire life in Waterbury. He graduated from Croft High School in 1964 and worked at J.W. Moody Motors as an auto technician for many years, and later at Crystal Rock in Watertown. He also was a veteran of the U.S. Marine Corps, having served from 1965-1967. He was a parishioner of St. Joseph Church.

Jerry had a deep interest in classic cars and was very proud of his 1969 Dodge Charger R/T. He was a member of the Brass City Cruisers and the Connecticut AMO Club and participated in running numerous local cruise nights, most notably at Wendy’s at the Colonial Plaza in Waterbury, Cross Pointe Plaza in Naugatuck, and the annual Freight Street Car Cruise and Reunion. He was also past president of the Prospect Car Owners Association. More currently, he was a member of the Meadow Social Club in Waterbury and served as Vice-President of the Brooklyn Neighborhood Association. Jerry played the role of Santa Claus at the annual neighborhood Christmas tree lighting. He also supported the St. Joseph Coffee And… by making the early morning Sunday bakery run. He never turned down an opportunity to help an individual, his family, or an organization and asked for no recognition in the process. His hobbies over the years included fishing, snowmobiling, following the New York Yankees and Giants, and auto racing, both locally and NASCAR.

Besides his wife, Jerry leaves behind his loving children, Jerry Covino and Anthony Covino of Waterbury. He is also survived by his sister, Marie (John) Boutote of Plantsville, and many nieces, nephews, cousins, and close family friends.

The Covino family would like to express their gratitude to the staff of VITAS Hospice for the comfort, care, and compassion they showed to Jerry.

A funeral service will be held on Monday, October 11, at St. Joseph Church, 46 Congress Avenue, in Waterbury for a Mass of Christian Burial at 10:00 am. All are asked to meet directly at the church. Burial will be at the convenience of the family. Family and friends may call at the Colasanto Funeral Home, 932 Bank Street, in Waterbury from 3:00 pm – 5:00 pm on Sunday, October 10.

To leave online condolences, please visit us at www.colasantofh.com