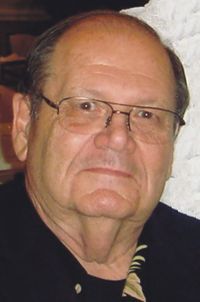 OAKVILLE – James N. Parillo, 76, passed away peacefully surrounded by his family on Monday, Nov. 11, 2019, at his home. He was the devoted husband of Doris (Cuddy) Parillo.

A founding parishioner of Our Lady of Loreto Church, Jim was a member of the church’s building committee which oversaw the original construction of the church in the early 1970s. A classic car aficionado, Jim’s prized possessions were his first car, a 1931 Model A Ford, and also his 1934 Chevy Sedan Master Deluxe, both of which are still in his family. He was a founding member of the Roaring 20’s Antique and Classic Car Club and a member of Watertown Customs Car Club.

A lifelong NRA member, Jim served as a range officer in the High Rock Shooting Association, and was a member of Chase Rifle and Pistol Association. He enjoyed fishing and was a collector of many things, however, his family was his priority and the time spent with them and his “grandpets” was the most important to him.

In addition to Doris, his wife of 25 years, Jim is survived by his son, David J. Parillo of Goshen, and his longtime companion, Barbara Balnis of Torrington; his daughter, Lisa M. Parillo of Bethlehem, and her longtime companion, Al Dionne, also of Bethlehem; his stepson, Mark Gelinas and his companion, Laurie Stempien, of Waterbury; and a stepdaughter, Robin Gursky and her husband, Chet, of Watertown. He also leaves behind his step-grandchildren, Mark, Lexy, Miranda and Trevor; his step-great-grandchildren, Hailey and Janessa; his nephew, Ed Fluman of Florida; his niece, Mary Jane Pietrzak and her husband, Ken, of Pennsylvania; his cousin, Millie Stanco of Florida; and his former wife, Teresa Parillo of Waterbury. He was predeceased by his brother, Nicholas J. Parillo, and his sister, Vita “Vera” Fluman.

His funeral will be 9 a.m. Friday from Maiorano Funeral Home, 95 Willow St., Waterbury, to Church of the Nativity, Bethlehem, for a Mass at 10 a.m. Burial will follow in Mount Olivet Cemetery, Watertown. Family and friends may call from 5 to 8 p.m. Thursday at the funeral home.