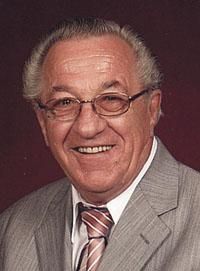 MANCHESTER – Benoit J. “Ben” Kennedy, 84, died Friday, Aug. 9, 2019, at Riverside Healthcare Facility with his wife by his side, after a courageous battle with dementia.

He was born April 4, 1935, in Baker Lake, New Brunswick, second eldest of eight children born to the late Victor J. Kennedy and Laura (Collin) Kennedy. Ben worked for Brunelli Construction of Southington for most of his life where he was part of the Teamsters Local 677. He retired in 1993. In his retirement, he was able to spend time with his family, the most important thing in his life.

He also enjoyed working on cars, fishing, carpentry, shooting pool and bowling with his bowling league. He was a parishioner of St. Mary Magdalene Church in Oakville.

A Mass of Christian Burial will be celebrated Friday, 10 a.m. at St. Mary Magdalene Church, 16 Buckingham St., Oakville. There will be no calling hours. Burial will be in Mount Olivet Cemetery, Watertown.

The family would like to thank the staff at Riverside Healthcare Facility for the loving care they gave to Ben, especially his nurses, Sherry and Pedro.

Holmes-Watkins Funeral Home, Manchester, is in care of his arrangements. To leave an online message of condolence for his family, please visit www.holmeswatkins.com