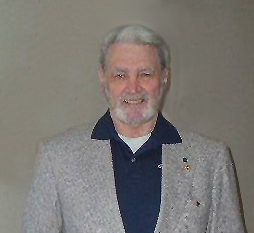 Born in New Haven on July 6, 1937, he was the son of the late George A., Sr. and Mary E. DePolo Howard. Mr. Howard was a proud U.S. Air Force Veteran of the Korean War and following his active duty, served in the U.S. Air Force Reserve for 19 years as an Air Traffic Control Radar Specialist, retiring at the rank of Technical Sergeant. He was employed with United Parcel Service, working as a package handler, local delivery driver and lastly feeder driver for 29 years until the time of his retirement in 1999. Mr. Howard was a member of the American Legion, Post 15, Ansonia; Disabled American Veterans; King Hiram Lodge #12, AF & AM of Shelton; SCARA (Southern CT Amateur Radio Association) and was a founding member of the Valley Amateur Radio Club. A member of the Seymour Lions Club for many years, he was a devoted volunteer to CLERF (CT Lions Eye Research Foundation) and together with his sister, Joyce Wruck, performed free eye screenings across CT for countless years. For his unselfish and dedicated service to CLERF, Mr. Howard was presented with the Gene G. Poulos Ambassador of Sight Award in 2013. His passion was classic cars. George and Jackie could often be found together at car cruises and shows across CT, cruising in his pristine 1957 Chevy Bel Air or in his pride and joy, a 1953 Oldsmobile Rocket 88.

In addition to his wife of 59 years, he is survived by his devoted sons, Brian G. Howard, RN of Ansonia and George A. Howard, III of NY; a daughter, Alicia Wegmann of IA; a sister, Joyce Wruck of Wallingford; a grandson, Mattias Howard, as well as 3 other grandchildren and 3 great-grandchildren; and also a nephew, George F. Wruck of Wallingford. He was predeceased by a brother, William F. Howard.

A Memorial Service with Military Honors will be held on Tuesday, July 2, 2019 at 6:30 PM in the Wakelee Memorial Funeral Home, 167 Wakelee Avenue, Ansonia. Family and friends may call from 4:00 to 6:30 PM, prior to the service. Interment will be private. Memorial contributions may be made to CLERF, Connecticut Lions Eye Research Foundation, Inc., P. O. Box 848, Watertown, CT 06795. Online condolences may be made at www.wakeleememorial.com. The family would also like to recognize the dedicated and tireless caregiving professionals and assistants at the VA Medical Center in West Haven. Their 24-hour commitment to superior care and quality of life is unparalleled and very much appreciated.