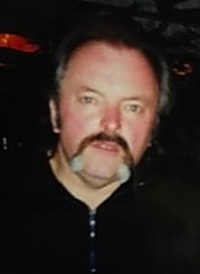 Mr. John “Jack” Pitt, of Seymour, Connecticut, born on July 28, 1946 in Derby, Connecticut, to the late Elizabeth Brown and the late Alfred J. Pitt, passed away at age 72 on February 5, 2019 in Wallingford, Connecticut.

John graduated from Seymour High School in 1965. John served in the Army National Guard for six years and he also worked as a Wastewater Treatment Plant Operator employed by City of Seymour until he retired in 2010.

John was the beloved fiancé of Gloria Dubey. He was preceded in death by his brother, James Pitt; sister, Jane Ryan; uncle, Samuel Pitt; and dog, Xena. John is survived by his sons, Joshua Pitt and Justin Pitt; daughter, Megan Pitt; and grandchildren, Antonio, Alexx, Joshua, Mia, Drake, and Brooklynn. John loved buying, trading, fixing, and driving vintage and antique cars with his friends, car cruises, spending time with his family especially his grand kids, who he was so very proud of, and vacationing and sharing his love of all things with his fiancé Gloria and her family who he adored. He was also a cherished member of The Delinquents Car Club.