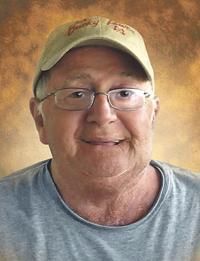 WATERTOWN – Lawrence Joseph Cabral, 74, passed away unexpectedly at Saint Mary’s Hospital on Sunday, March 11, 2018, after a long illness. He was the beloved husband of Rosalyn “Lyn” (Roberts) Cabral.

Lawrence was born March 14, 1943, in Waterbury, the son of the late Joseph and Florence (Marino) Cabral. He grew up in Naugatuck and served with the U.S. Army before being honorably discharged.

He worked in the manufacturing industry for 20 years, retiring from Eyelets for Industry in Thomaston. Larry was an avid admirer, collector and restorer of classic cars and antique fire trucks, and an expert at giving directions. He was always up for a road trip and enjoyed spending winters in Florida in the company of good friends.

But most of all, he was a loving husband, a proud father, a doting grandfather and a good neighbor. Larry was always happiest when cooking for those he loved.

Besides his wife Lyn of 51 years, Lawrence is survived by his son, Chris Cabral and fiancée, Jane Purcell; his daughter, Heather Bliss and her husband, Phil; and his son, Todd Cabral and his wife, Ellen.

In addition, he leaves his sister, Delores Painter; brother, Joseph Cabral and his wife, Joan; his sister-in-law, Janet Cabral; and his grandchildren, Ian Cabral and Ava Bliss; in addition to a large extended family.

He was predeceased by his brothers, Henry, Ronald and Brian Cabral, and his sister, Shirley Cabral.

Calling hours for Mr. Cabral will be Friday from 4 to 6 p.m. at Casey’s Eastside Memorial Funeral Home, at 1987 E. Main St. at Southmayd Road, Waterbury. A prayer service will be held at 6 p.m. Burial will be held privately at the convenience of the family in Wooster Cemetery, Naugatuck.

In lieu of flowers and to honor Larry’s memory, donations may be made to the Watertown Fire Department, 935 Main St., Watertown, CT 06795.