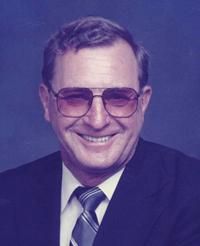 BETHLEHEM – Mr. Arthur F. Munter Sr., 88, of Bethlehem, died peacefully on Sunday, Jan. 21, 2018, at Saint Mary’s Hospital with his family by his side. He was the loving husband of Mary (Bianchini) Munter.

Arthur was born Feb. 8, 1929, in Waterbury, son of the late Frederick and Minna (Klemmer) Munter. He proudly served his country in the U.S. Army during the Korean Conflict.

In 1969 he founded Munter Motor Cars, a successful car sales company he operated for many years. During his automotive career he founded, owned and operated Bunker Hill Shell on Watertown Avenue and Rite Way Texaco on Bank Street.

He was a true entrepreneur, having sold cars throughout his entire career. Even after retirement he kept his dealer’s license and dabbled with cars until 2016. He was past president and an active member of the Roaring 20’s Car Club.

He was a devout Christian and a longtime member of Cheshire Lutheran Church.

Besides his beloved wife Mary of 59 years, he leaves twin sons, Richard Munter and his wife Cheryl, of West Suffield, and Robert Munter and his wife Lisa, of Ellington; a daughter-in-law, Laurie Codianne-Munter of Prospect; two brothers-in-law, Peter Bianchini and his wife Gloria, of Hebron, Ill. and Phillip Bianchini and his wife Maureen, of Greer, S.C.; a sister-in-law, Laura Noel and her husband Don, of Greer, S.C.; four grandchildren, Tyler and Marissa Munter, of West Suffield, Reece and Delaney Munter, of Ellington; and several nieces and nephews.