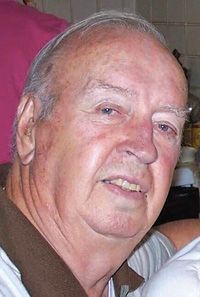 Dick was born Feb. 27, 1926, in Torrington, son of the late William and Marie (Cattey) Burdick. He served his country with the U.S. Marine Corps during World War II in the Pacific theater of operations from July 1945 to July 1946. Cpl. Burdick was honorably discharged in August 1946, when he received the Honorable Service Medal and Good Conduct Medal. Upon his arrival home, he was employed by the Torrington Co. and later Turner and Seymour as a machine setter, retiring in 1991.

He is survived by three children, Janice Martin (Bruce) of Waterbury, Judy Leger (John) of South Carolina, Richard Burdick of Leicester, England; six grandchildren; several great-grandchildren; many nieces and nephews; and his feline companion, Misty. He was preceded in death by two brothers, Russell and Harry.

Condolences may be sent to the Burdick family by visiting cookfuneralhomect.com