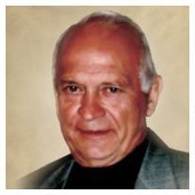 Alton P. Oakes, 91, of Bristol, beloved husband of Allison (Clark) Oakes, died on Wednesday (November 29, 2017) at Bristol Hospital. Alton was born in Canada on August 8, 1926 to and was a son of the late Alton and Lucinda (Shorey) Oakes. Raised in New Brunswick, he then moved to Maine where he entered into service with the United States Army Air Forces in 1945.

He came to Bristol in the early 50″s where he would go on to work as a Master Technician for Industrial Riggers over 25 years then Loehmann Chevrolet for 15 years among other places. A car racing enthusiast, he especially enjoyed drag racing the Loehmann Chevy car at the New England Dragway. He was honored with induction in to the New England Hot Rod Hall of Fame in 2014.

Al also enjoyed riding his BMW motorcycle and had achieved more than 500,000 miles. Al and Allison are members of Apple Valley Worship Center in Southington.

In addition to his wife of 65 years, Al is survived by a daughter and son-in-law: Karol and Michael Cassidy of Southington; a brother: Vernie Oakes and wife, Shirley, of Bristol; a sister: Elva Dixon of Canada; a half-brother: Ellis Oakes and wife, Grace, of Canada; four grandchildren: Travis Oakes and wife, Chelsey, Dylan Oakes, Jade and Skylar Cassidy; a great-grandson: Noah Alton Oakes; and several nieces and nephews, including Debbie Czarneski and Priscilla Rupaka. He was predeceased by a son, Darryl Oakes, and a daughter: Karen Oakes as well as five brothers and two sisters.

Funeral services for will be held on Monday (December 4, 2017) at 11 AM at Funk Funeral Home, 35 Bellevue Ave., Bristol. Burial, with military honors, will follow in Peacedale Cemetery. Relatives and friends may call at Funk Funeral Home on Sunday between 3 and 7 PM. In lieu of flowers memorial donations may be made to Apple Valley Worship Center, 594 West Center St. Ext., Southington, CT 06489.