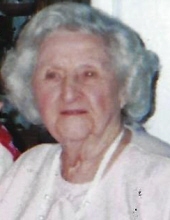 Mrs. Rotzal was born in Fairfield, one of nine children of Joseph and Lena (Radziwilko) Kulikowski. A staunch advocate for the mentally challenged individuals, she helped to create the Parents and Friends of Retarded Citizens in 1951 which was the predecessor to the Kennedy Center. She continued her advocacy at Southbury Training School and served on the Board of Directors of the Home and School Association and Foundation at STS. She dedicated many years on the STS Guardianship Committee helping those who had no family to represent and stand up for them. Up until her final days, Mrs. Rotzal stood tall for any disabled person that she believed was in need.

Survivors include one son, Henry Rotzal, Jr. and his wife, Helena, of Oxford; one daughter, Carol Revere and her husband, John, of Seymour; grandchildren, Deanna (Doug) Bogen, Richard Rotzal, John (Amy) Revere, Jr., Jason Rotzal, Daniel Rotzal, Michele Revere; and great-grandchildren, Richard, Amber, Thomas, Kelly and Gianna Revere and Shaun and Ryan Bogen; and several nieces and nephews. In addition to her husband and parents, she was predeceased by her son, R. Alan Rotzal; brothers, John (Marion) Kulikowski and Joe, Mike and Frank Kulikowski; sisters, Mary (Al) Wroblewski, Helen (Frank) Grant, Josephine (Joe) Mack and Stella (Eugene) Price. Special thanks to all of the staff at Shady Knoll for their care and dedication. They made this last year a fun, loving and caring time for Anna. Special thanks also to Angel, Alice and Carol for their friendship and love.

Friends are invited to attend the funeral on Thursday, October 19, 2017 at 10:30 am at the Pistey Funeral Home, 2155 Main Street, Stratford. Interment will follow at Park Cemetery, Bridgeport. Friends may call on Thursday from 8:30 am until time of service. In lieu of flowers, contributions may be made in her memory to Resident Council Fund c/o Shady Knoll HCC, 43 Skokorat St., Seymour, CT 06483. Please visit www.pisteyfuneralhome.com to express condolences online.