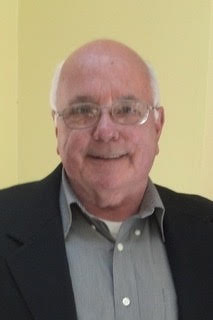 Joseph John Bayusik, age 67 of Oxford and formerly Monroe, husband of Margaret (Hayden) Bayusik, passed away on Thursday May 25, 2017 at Connecticut Hospice in Branford with his loving family beside him, after a long illness. Joe was born on February 25, 1950 in Bridgeport and was a son of the late John Bayusik and Beulah (Bayusik) Cepetelli and his Stepfather George Cepetelli.

Along with Marge, his cherished wife of 47 years, Joe was the beloved father of John Bayusik of Torrington, Joseph Bayusik and his wife Tracey of Stoneham, MA. Joe also leaves behind his two adored grandchildren Kayla Whitney and Cameron Joseph. Survivors include brothers John Bayusik and his wife Leona of Southbury; David Bayusik and his wife Linda of Bridgeport; Shirley, the wife of his late brother Robert Bayusik of Huntington; August, husband of his late sister Patricia (Bayusik) Palmer of Oxford, as well as many nephews and nieces. Joe was also predeceased by his sister Mariann (Bayusik) Mandolfo of Trumbull.

Joe began his career after trade school as a mason but soon after became an elevator journeyman and member of the International Union of Elevator Constructors Local #91. He ended his career as an unlimited contractor and as a board member for the State of Connecticut Department of Consumer Protection’s Elevator Installation, Repair and Maintenance Work Examining Board where he served until his passing. When Joe wasn’t on top of an elevator, he often could be found under a car enjoying his passion of restoring antique Fords.