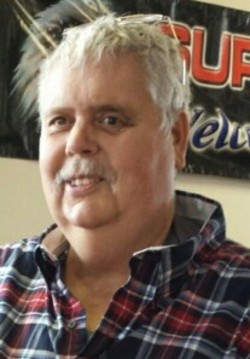 WATERTOWN – Robert W. “Trouble” Bowers Jr., 58, of Sharon Lane, died Tuesday, April 11, 2017, at Waterbury Hospital. He was the husband of Gretta (Palmer) Bowers to whom he was married for 21 years.

Bob was born in Bridgeport, July 8, 1958, son of Robert W. Bowers Sr., of Newtown, and the late Joan (Olson) Bowers. He was raised and educated in Newtown and had lived in Texas and Ledyard prior to moving to Watertown in 2003. A truck driver/mechanic by trade, he had a great love for Mack trucks. He restored antique Macks and was a member of the Antique Truck Club of America, Ct. Yankee Chapter. He also enjoyed showing his vintage Mustangs and was a member of the Brass City Cruisers, the Minute Men Riders, and the VFW Men’s Auxiliary Post 7330 in Oakville.

Besides his wife and father, Bob leaves a son, Robert H. Bowers of Bristol; a daughter, Heather Hendrickson of Willimantic; two sisters, Deborah Kliegl of Amherst, Mass., and Dawn Bowers of Windsor; three grandchildren; and many nieces and nephews.

Funeral services will be held Friday, April 21, 2017, 6 p.m., at Hickcox Funeral Home, 195 Main Street. Friends may call at the funeral home Friday 4-6 p.m. Burial is private and at the convenience of the family.