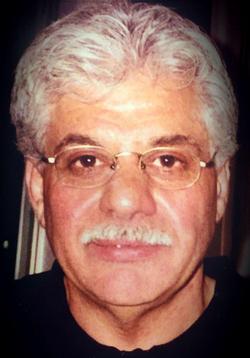 James K. Norman, 62, of Middlebury, passed away on Tuesday May 10, 2016, at Waterbury Hospital in the presence of his loving wife after a courageous battle with his illnesses. He was the beloved husband of Donna G. (Mansfield) Humphrey Norman.

Jim was born in Waterbury on September 30, 1953, son of the late Edward C. and Josephine (Mariano) Norman Sr. He graduated from Crosby High School Class of 1972, attended Mattatuck Community College and completed the GMC Auto Sales program. He worked in the automobile sales industry for many years including his own businesses: Norman’s Auto Sales and Autocraft both of Waterbury and many car dealerships locally and in Danbury. He was an avid car enthusiast and drag racer. He was a longtime member of the NHRA. His most pleasurable moments were spent with his grandchildren who called him “Jinny” whom he loved and adored.

Besides his wife Donna of eleven years he leaves four children, Shelley Bettencourt and her husband Daniel of West Hartford, Ronald Humphrey Jr. and Judy Wright of North Kingston, RI, Amanda Devan and James Nardozzi of Woodbury, and Elizabeth Diatelevi and her husband Peter of Manakin Sabot, VA, a sister, Marcia Byron and her husband Raymond of Ruskin, FL, a brother, Edward C. Norman Jr. and his wife Marion of Ansonia, his eight Beebee’s, Ronald Humphrey III and his wife Heather, Gina Bettencourt, Nikole and Erika Tyrrell, Ryan Devan, Cayden, Reese, and Ava Diatelevi, a nephew Raymond Byron, a niece, Rena Byron, many cousins and a host of friends that he considered family.

Arrangements: Funeral Saturday 8:30 a.m. from Chase Parkway Memorial/The Albini Family Funeral Home 430 Chase Parkway Waterbury to St. Francis Xavier Church for a Mass of Christian Burial at 9:30 a.m.. Burial will follow in St. James Cemetery in Naugatuck. Calling hours will be held Friday from 5 to 8 p.m. at the funeral home.

Memorial contributions can be made in Jim’s memory to: