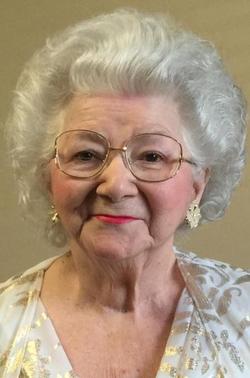 Mrs. Carmella “Millie” D. (Passarella) Sullivan, age 91, passed away peacefully surrounded by her family on Thursday, February 11, 2016 at Waterbury Hospital. She was the devoted wife of the late Richard D. Sullivan for 42 years.

Mrs. Sullivan was born on December 15, 1924 in Staten Island, NY, daughter of the late Carmine Passarella and Assunta (Ciarliariello) (Passarella) Gabriel. She spent 20 years working in the quality control department for Timex Corp which later became Bendix where she also served as secretary for the “Watch Workers” Union until her retirement. She was a lifelong communicant of St. Pius X church in Wolcott. Millie was a strong woman, whose family always came before all else. She, along with her husband Richard, loved to dance and bowled together in a couple’s league many years ago. Millie has been a snowbird for over 25 years, having enjoyed spending winters in Fort Lauderdale, Florida where she has made many longtime friends.

Millie is survived by her daughter Palma Baer and her husband William of Wolcott, her son, Thomas R. Sullivan and his wife Jennifer of West Hartford, and her daughter, Terri Laliberte and her husband Mark of Thomaston. She also leaves behind her grandchildren, Kelly, Steven, Ryan, Kara, Eric, Jackson and Gabriel as well as several nieces and nephews. She was predeceased by her brother Michael V. Gabriel, Sr. and her sister, Joann “Jenny” Fagliarone.

The funeral will be held on Monday, February 15, 2016 at 9:00am from Maiorano Funeral Home, 95 Willow St., Waterbury to St. Patrick’s Church for a Mass at 10:00am. Burial will follow in New Pine Grove Cemetery. Family and friends may call at the funeral home on Sunday afternoon from 2:00-5:00pm. Memorial contributions in Carmella’s name may be made to: The American Cancer Society, 1075 Chase Parkway Ste. #4, Waterbury, CT 06708. For more information and online condolences please visit www.maioranofuneralhome.com.