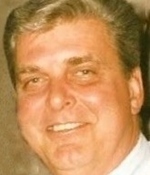 Beacon Falls – Walter Breton, 68, the husband of Evelyn (Allen) Breton, passed away peacefully on December 15, 2015 at the CT Hospice in Branford surrounded by his loving family.

Walter was born on February 8, 1947 in Waterbury, CT, a son of the late Walter and Ruth (Grugas) Breton. Walter was a retired Prospect Police Officer, and he also worked as a driver for Dom Moffo Trucking and for T.P.A. Construction. He was a classic car owner and a founder and former member of the Prospect Car Association. Walter proudly served as a U.S. Air Force Vietnam War Veteran.

In addition to his wife Evelyn, Walter is survived by his son, Paul Breton and his wife Catherine “Cat” of Naugatuck; his daughter, Michelle Lillis of Beacon Falls; his brothers, Roy Breton of Hamden and Mark Breton of Waterbury; his grandchildren, Jamie Lillis, Samantha Lillis, Nicole Lillis, Sarah Breton, Hannah Breton and Sean Breton.
All services are private and there are no calling hours. Arrangements have been entrusted to the Buckmiller Thurston Mengacci Funeral Home, 82 Fairview Avenue, Naugatuck.