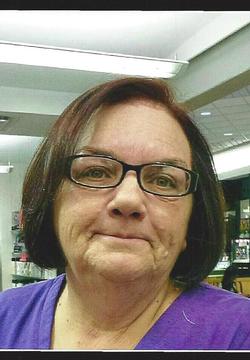 Margaret A. Falcone, age 60, passed away peacefully surrounded by her family after a long illness on Thursday, June 11, 2015 at Hartford Hospital.

Ms. Falcone was born on July 1, 1954, in Waterbury, daughter of the late Pasquale and Margaret (Benson) Falcone. She was a graduate of Crosby High School, Class of 1972 and attended Mattatuck Community College. Marge loved to work and was a hard working woman. She began her career at Everybody’s Market and later worked for A&P Super Food Market for over 20 Years until her retirement. During that time, Marge often worked other part-time jobs, at CVS on West Main Street and as a home companion through Griswold Healthcare in Danbury. Marge was extremely generous and an amazing cook. She was a compassionate lady who was a caretaker to many. Her true joy in life was spending time with her family, especially her grandchildren.

Marge is survived by her daughter, Stephanie DiZinno; her son, Andrew “DJ Big Truck” DiZinno III; and her grandchildren, Lasenia and Nasaiah Martinez all of Waterbury. Marge also leaves behind her brothers, Patrick Falcone Jr. and his wife Michele of Leesburg, FL and Frank Falcone and his wife Brenda of Waterbury and her sister, Sharon Natale and her husband Anthony of Waterbury as well as several nieces and nephews. She also leaves behind her many friends and family members that tremendously aided Marge during her illness, including her best friend, Diane Johnson.

Family and friends may call at Maiorano Funeral Home, 95 Willow St., Waterbury, on Saturday, June 20, 2015 from 2:00-4:00pm, with a service beginning at 3:30pm. Burial will be at the convenience of the family. For more information and online condolences visit www.maioranofuneralhome.com