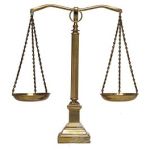 There is good news to report. The provisions of Amendment Number 6512 were copied into a new amendment to Senate Bill 451. That new Amendment Number is LCO 8508. Amendment 8508 also makes an unrelated change which has nothing to do with the Antique Auto hobby. That unrelated change deals with taxation of real estate property used exclusively for certain charitable purposes that is currently exempt from taxation. Having an unrelated issue added to a bill via an amendment is not unusual, particularly at the end of a legislative session. By a voice vote Amendment LCO 8508 has been adopted by the Senate, and is now included as part of Senate Bill 451. This amended version of the bill is on the Senate Consent Calendar. The consent calendar is a group of bills the all members of the Senate agree to pass without debate with one roll call vote. That means a favorable vote on the amended bill by the Senate is a virtual certainty. While raising the minimum age of an antique car to 25 years, existing antique vehicles 20-24 years old are “grandfathered.” As such, the anti-antique auto hobby provisions of Senate Bill 451 have been eliminated with the adoption of Amendment LCO 8508.

The only action we would recommend taking at this point is for hobbyists to contact their State Representative via E-mail and let them know that the we are okay with the Senate Bill 451 as modified by Amendment LCO 8508 which has been adopted by the Senate. If you choose to contact your State Representative, remember time is of the essence here as the Legislative Session is scheduled to end on Wednesday June 3rd.