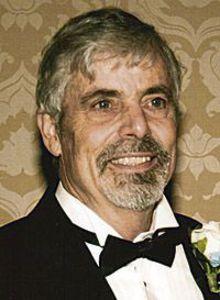 He was born Aug. 7, 1948 in Torrington, son of the late William Winn Sr. and Orcelia Birge Winn. He was a graduate of Litchfield High School, class of 1966. He was a member of the Navy reserve, and was stationed in Guam on the U.S.S. Proteus.

Over the years he was employed by UOP Aerospace, White Flower Farm, but the majority of the time he worked at the Federal Correctional Institution in Danbury, where he retired.

Bill was a lifelong resident of Milton, where he was an active member of the community. He was an antique car enthusiast, owning unique automobiles from the 1940s to 1970s. He was always working on one of his cars and enjoyed showing them at car shows throughout the area.

During the summer, he would be seen driving around in his orange Volkswagen Thing. He was a member of the Litchfield Hills Historical Automobile Club.

An active member of American Legion Post 44 of Bantam, he was an advocate for the Veteran of the Month program. An avid kayaker, he was a member of the Housatonic Valley Paddle Club, participating in frequent paddles on the Bantam River and Lake Waramaug. One of his accomplishments was spending a week paddling on the Allagash River in Maine.

Bill also enjoyed music, movies, camping, hiking and overall just being outdoors. A true explorer at heart. This led him on a motorcycle trip on the Blue Ridge Parkway.

Everywhere he went, he had at least one camera handy. He liked to capture every moment through photography.

Bill is survived by his wife Lilly Maiga Winn; daughter, Jennifer Winn Ferrara and her husband Michael, grandson, Logan, of North Carolina; brother, Peter N. Winn of Milton; stepsons, John and David Maiga and their families; and many family and friends.

He was predeceased by a sister, Linda Jeanne Winn and brother, James B. Winn.

Kindly visit www.rowefuneralhome.net to send the family an online condolence.