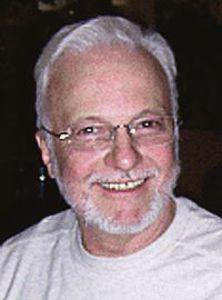 WOLCOTT — Mr. Robert Cyr, 73, passed away peacefully surrounded by his family on Tuesday, Feb. 10, 2015, at his home. He was the loving husband of Theresa (Temporale) Cyr.

Mr. Cyr was born on May 10, 1941, in Waterbury, son of the late Henry and Blanche (Ouelette) Cyr. Robert was a graduate of Kaynor Technical School, class of 1959. His career as a toolmaker began at Waterbury Brass more than 40 years ago, then Anchor Tool Fasteners and Highland Manufacturing. He was born and raised in Waterbury. He married the love of his life, Theresa, and they moved to Wolcott and raised their family. Robert was a devoted family man who adored his children and grandchildren.

An avid outdoorsman, Robert enjoyed nature and feeding the birds. He loved most outdoor activities, especially camping, fishing, hiking and kayaking. Robert was skilled with his hands and rebuilt his vintage Mustang and built and flew model airplanes.

In addition to Theresa, his wife of 50 years, Robert leaves behind his sons, Robert Cyr and his wife, Michelle, and Bruce Cyr and his wife, Nancy; his daughter, Monique Cyr; and his grandchildren, Danielle, Michael, Nicholas and Brooke Cyr, all of Wolcott. Robert is also survived by his brother, Gerard Cyr of Oakville; his sister, Diane Jacovino of Florida; his sister-in-law, Lucy Cyr of Waterbury; and his brother-in-law, Carmine Calzone of Waterbury; and several nieces and nephews. Robert was predeceased by his brother, Roy, and his sisters, Tillie Cyr, Lorraine Kiefer, Lillian Bellemere, Gabriel Calzone and Claire Rosenbeck.

Robert’s family would like to thank their special friends and Robert’s caretakers, Dolly and Dorothy, for the exceptional and compassionate care they have always shown to Robert.

The funeral Mass with full military honors will be held 10 a.m. Saturday, Feb. 14, 2015, at St. Pius X Church, 517 Woodtick Road, Wolcott. Family and friends are asked to meet directly at the church. Burial will be at the convenience of the family. Family and friends may call from 5 to 8 p.m. on Friday at Maiorano Funeral Home, 95 Willow St., Waterbury.