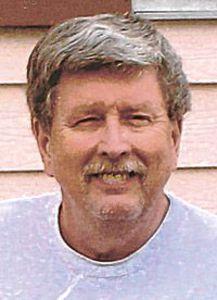 NAUGATUCK — Mr. James L. Howard, 68, passed away peacefully on Tuesday, Nov. 18, 2014, in the VITAS Innovative Hospice unit at Saint Mary’s Hospital. He was the loving husband of Joan (Meady) Howard.

Mr. Howard was born in Bridgeport on April 15, 1946, a son of Eileen (Hayden) Howard of Naugatuck and the late Leo Howard. He retired from Sikorsky Aircraft where he had worked as an aircraft painter for many years, was a classic car enthusiast who loved the 1940 Pontiac that he so painstakingly restored and was a member of NHRA.

Mr. Howard was a veteran of the United States Navy having served during the Vietnam War and was a life member of the Mashpee, Massachusetts VFW Post.

Private funeral services and burial with full military honors will be held at the convenience of the family. There are no calling hours. The Prospect Memorial Funeral Home, 72 Waterbury Road, Prospect, is in charge of arrangements.

To place online condolences, please log on to www.prospectmemorial.com