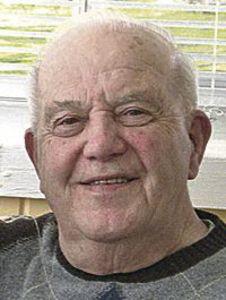 MIDDLEBURY — Mr. Anthony Donald “Don” Perrotti, 85, passed away peacefully after a long illness on Friday, Nov. 14, 2014 in the VITAS Innovative Hospice unit at Saint Mary’s Hospital, surrounded by the love and comfort of his family. He was a longtime resident of Middlebury.

Mr. Perrotti was born on April 17, 1929 in Waterbury, Conn., the son of the late Carmine and Antoinette (Ciampi) Perrotti. He was a loving and dedicated husband, father and grandfather.

He was a veteran who served in the United States Army Transportation Corps during the Korean War from 1951 to 1953. Don served on a troop transport ship. He loved to refer to himself as a “Sea-going Doggie.”

He worked for more than 35 years at the former Colonial Bank. He was a hardworking man who was an accomplished painter, carpenter and all-around handyman. His legacy of hard work and determination will live on in his children and grandchildren.

All services are private. There are no calling hours.