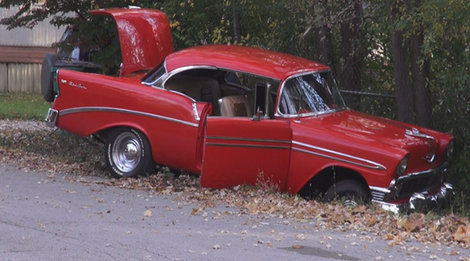 WASHINGTON, Mo. (KMOV.com) – A stolen vehicle was recovered but a suspect is still missing after an early morning police pursuit in Washington, Missouri.

According to police, a witness reported seeing the vehicle driving eastbound on Interstate 44 from Washington. Officers provided the details to Pacific police who located the vehicle and were involved in a foot pursuit.

The car was recovered but the suspect has not been apprehended.

No other details were available