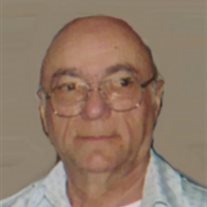 WOLCOTT — Mr. Louis G. “George” Gelinas Sr., beloved husband of Rosaria (Campagna) Gelinas, died at his home surrounded by his family on Thursday, Sept. 25, 2014 at the age of 71.

Born in Waterbury on April 15, 1943, he was the son of the late Elzear and Alberta (Matteau) Gelinas. He served in the National Guard for six years.

He was formerly employed by Reymond’s Bakery, Path Mark in Waterbury and Supreme Lake Manufacturing in Southington. He loved his family and enjoyed fishing.

Besides his wife, he is survived by his children, Louis Gelinas Jr. and his wife Darlene, Lisa Gelinas and her fiancé Scott Fields, Michael Gelinas, all of Wolcott; a brother, Elzear Gelinas a sister, Mary Cecile Tanguay, both of Waterbury; five grandchildren, Ashley, Bret, Miranda, Morgan and Macie; and several nieces and nephews.

He was predeceased by his sister, Jean Fortunati.

Calling hours will be Sunday at the DellaVecchia Funeral Home, 690 Woodtick Road in Wolcott, from 3 to 5 p.m. with a funeral service at 5 p.m. Graveside services and burial with military honors will be in Edgewood Cemetery, 381 Boundline Road in Wolcott, on Monday at 9 a.m.