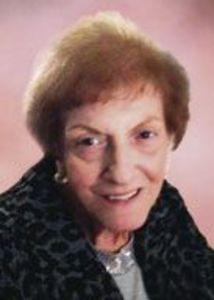 WATERBURY — Mrs. Marion Josephine (DiLeo) Perugini, age 79, of Waterbury, passed away peacefully at her home on Wednesday, Sept. 10, 2014, surrounded by her family. She was the faithful and loving wife of Salvatore Perugini Sr. for 57 years.

Mrs. Perugini was born on March 19, 1935, in Waterbury, a daughter to the late Michael DiLeo and the late Margaret (Ranaudo) (DiLeo) Spinella. She was a graduate of Waterbury Catholic High School, and prior to her retirement, she was an insurance underwriter for Travelers Insurance. Marion enjoyed family get-togethers, playing bingo and traveling.

Besides her husband Salvatore, she is survived by a daughter, Susan Kogelis, and her husband Bob of Waterbury; two sons, Michael Perugini Sr. and his wife Josephine of Prospect and Sal Perugini Jr. and his wife Judy of Prospect; a sister, Louise Carlotto and her husband Jim of Orwell, Vt.; a brother, Joseph DiLeo Sr. and his wife Claire of Waterbury; her grandchildren, Sabrina Kogelis and her fiance Thomas Innes III, Aaron Kogelis and his wife Ashley, Michael Perugini Jr., John Perugini, Alexis Perugini; and two great-grandchildren, Khrystalyn Lafo and Thomas Innes IV. She is also survived by lifelong friends Jean and Bernie Oemke and Jane O’Conner.

Memorial contributions may be made to The Harold Leever Cancer Center, 1075 Chase Parkway, Waterbury, CT 06708. To place online condolences, please log on to www.prospectmemorial.com

From The Waterbury Republican -American