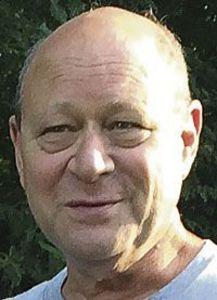 NAUGATUCK — Mr. William David Canale, 65, passed away unexpectedly on Saturday, Aug. 30, 2014. He was the husband of Jean (Mentone) Canale, his high school sweetheart.

Mr. Canale was born in Waterbury on April 1, 1949, a son of the late Joseph and Eva (Follachio) Canale. He was retired. In his career, Bill worked at D&D Auto Performance, Newtown Auto Parts, and Gary’s Auto Parts. He was also formerly the co-owner of Big A Auto Parts in Naugatuck. He was a communicant of St. Vincent Ferrer Church in Naugatuck.

Mr. Canale proudly served his country in the United States Marine Corps during the Vietnam War.

In addition to his wife, Mr. Canale is survived by his precious daughter, Gina Fernandez and her husband, Alex, of Wolcott; his devoted son and best friend, William David Canale Jr. and Tammy Canale of Naugatuck; a sister, Ann Giancarli and her husband, Al, of Prospect; two sisters-in-law, Nella Canale, and Noreen Vaill and her husband, Ben; two brothers-in-law, Constable “Butch” Mentone, and Alphonse Mentone and his wife, Christine; three beautiful grandchildren, Gianna Fernandez, Alex Fernandez Jr. and Bella Rose Canale, whom he loved dearly and had a special bond with; and many nieces, nephews, great nieces, great nephews and cousins. He was predeceased by two twin daughters, Amelia and Marie Canale, a brother, Joseph “Butch” Canale, and two sisters-in-law, Elaine Mentone and Marie Mentone.

Being an avid car enthusiast, Bill enjoyed spending time with his many friends at area car shows. He recently completed rebuilding a 1929 Ford Roadster.

Bill never hesitated to help anyone in need as evidenced by the many stories told about him. He often volunteered in planning benefit car cruises to support veterans, special Olympics and other causes.

The funeral will be held 9:15 a.m. Monday, Sept. 8, 2014, from the Prospect Memorial Funeral Home, 72 Waterbury Road, Prospect, to St. Vincent Ferrer Church, 1006 New Haven Road, Naugatuck, for a Mass at 10 a.m. Burial with full military honors will be in St. James Cemetery, Naugatuck. Calling hours will be held at the funeral home on Sunday, Sept. 7, 2014, from 2 to 8 p.m. The Naugatuck Veterans Council will assemble for a service at 7:15 p.m. Sunday at the funeral home.