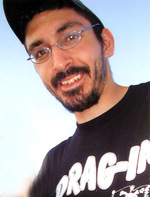 Derek Jon Jansen, age 31, of Shelton, beloved fiancé of Kristen Engstrom of Shelton, died peacefully on February 10, 2014 at Yale- New Haven Hospital following a brief and sudden illness. Born in New Haven on December 7, 1982, he was the devoted son of Eric and Susan (Krot) Jansen of Shelton. Derek was a lifelong resident of Shelton and 2001 Graduate of Shelton High School. He was a Cub Scout in Pack 2 of Shelton, active in gymnastics, played soccer in the SYSO and later became a SYSO Referee. He was a lifelong member of Three Saints Orthodox Church where he was baptized and attended Sunday School. As he grew older, Derek became a car enthusiast by attending many shows and demolition derbies. He enjoyed country music and collecting Popeye and Valley memorabilia, as well as anything truck, auto or farm related. He was an avid flea market frequenter and tag sale treasure hunter. In his short life, he was employed at the Mill Variety, Bed Bath and Beyond and over the last eight years at Suresource, Inc., of Shelton. Whenever at work, he always brought a smile to his coworkers. He will be missed by all, including his four cats, especially his feline buddy, Trouble. Although he was taken far too soon, he will forever be in our hearts. In addition to his parents and soul mate Kristen, he is survived by a brother, Chad Jansen of Shelton; paternal grandfather, Richard Jansen of Shelton; three uncles; 2 aunts; and many cousins and friends. He was predeceased by his paternal grandmother, Doris (Schuster) Jansen; and his maternal grandparents, Nicholas and Libby (Cherhoniak) Krot. A Funeral Service, Meeting Directly At Church, will take place on Saturday, February 15, 2014 in Three Saints Orthodox Church, 26 Howard Ave., Ansonia. Springtime interment will be in Three Saints Cemetery. Family and friends may call on Friday, February 14, 2014, from 4:00 to 7:00 PM in the Wakelee Memorial Funeral Home, 167 Wakelee Ave., Ansonia. Memorial Contributions may be made in care of the funeral home. The family wishes to extend their sincere thanks to all physicians, nurses and staff of the Yale – New Haven ICU for their compassionate care and concern for Derek. Online condolences may be made at www.wakeleememorial.com