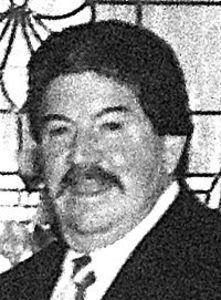 Francis was born Dec. 31, 1942 to Francis and Theresa (Pietro) Jacovino in Waterbury, Conn. He worked most of his life in the manufacturing industry and eventually retired as a warehouse supervisor for Web Technologies.

Francis had a passion for cars, especially his 1953 Chevy Bel Air with the flames on it. He loved riding his motorcycle back in the days, but not as much as he loved his children and grandchildren.

Francis is survived by his two sons, Frank of Jupiter, Fla. and Mark of Waterbury, Conn.; his daughter Lisa Weymer of Virginia; a brother Ronald of Oakville, Conn.; and his wife Diane of Port Charlotte, Fla.

He was preceded in death by his daughter Carrie Ann Jacovino; his parents; and his former wife Stella Jacovino (LeVasseur) (mother of his children).

A Mass will be announced at a later date for Waterbury, Conn.