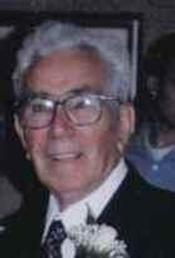 Mr. Massimo Saturno, 86, of 56 Porter Manor Drive, Waterbury, passed away on Tuesday October 22, 2013 at Glendale Center in Naugatuck after a five year battle with dementia. He was the widower of Ada (Iulianetti) Saturno.

Massimo was born in Alanno, Pescara, Italy on February 7, 1927, son of the late Concezio and Giuseppina (DiMichele) Saturno. He was a veteran of the Italian Army. He settled to Waterbury from Italy in 1954. He worked in manufacturing until his retirement in 1989. Throughout his life he had a passion for his vegetable garden, grape vines, and fruit trees. His favorite pastime was bicycling to numerous destinations throughout the surrounding towns. He brought many Italian traditions into his home. Most importantly he loved spending time with his family, especially his grandchildren. He was an honorary member of the Pontelandolfo Community Club and enjoyed playing Bocci at the club. He was a communicant of Sacred Heart Sagrado Corazon Church.

He is survived by two sons, John Saturno and his wife Ramona of Southington and Elio Saturno of Waterbury and his girlfriend Deborah LaRoche of Southington, two daughters, Rita Saturno and her fiancé Jarred Waters of Waterbury and Donna Lynch and her husband Ronald of Watertown, a brother Domenico “Mimi” Saturno of Italy, two sisters, Nunziatina Saturno and Edvige DiMichele both of Italy, three grandchildren, Manuel Andre Maia Jr., Sabrina Saturno, and Alexia Saturno and several nieces and nephews. Besides his wife and parents he was predeceased by his son, Edmondo Saturno and his sister, Anna Cipressi.

The family would like to extend sincere gratitude to the staff of Glendale Center for the compassion, extraordinary care, and comfort, shown to Massimo during his stay.

Arrangements: Funeral Friday 9:00 a.m. from Chase Parkway Memorial/The Albini Family Funeral Home 430 Chase Parkway to Sacred Heart Church for a mass at 10:00 a.m. Burial will follow in Calvary Cemetery. Calling hours will be held Thursday from 5 to 8 p.m. at the funeral home.