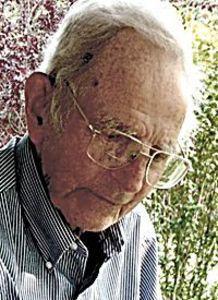 Harry was born in Watertown on Sept. 29, 1919, the son of Henry Treadwell Cable and Martha Morse Cable Valcour. He was predeceased by his wife of 69 years, Eunice Lavina Smith Cable; three sisters, Cornelia [Mae] Cable Bancroft, Florence [Flo] Cable Naylor and Dorothy Cable McKinley Ryder; and a brother, Frederick Cable. He is survived by his youngest son, Harold and his wife, Delisse Locher Cable, of Morris; his middle son, Bruce and his wife, Bonnie Willis Cable, of Morris, and his oldest son, Richard and his marriage partner, Tomás Hernandez Rozas, of Burlington; three grandchildren, Candace Cable Zeiner of Lakeside ([Morris), Jared Cable and Jordan Cable of Fort Collins, Colo.; and many nieces and nephews. The Cable home always had at least two pets. Harry leaves behind his beagle, Owen, and cat, Snoopy.

Harry led a very active life. In his younger years he worked for the Town of Middlebury. He was a retired electrician from Chase Brass and Copper Company and later worked at Tech Systems of Thomaston. Harry continued working until 90 and greeted people who brought their recycling to the Morris Recycling Center. He was a volunteer fireman for many years with the Morris Volunteer Fire Company where he served as a deputy fire chief, a member of the Morris Grange, and a member of the Connecticut Crank and Yank Car Club.

Harry single-handedly built the family’s first home in Thomaston, a home now owned by his son, Bruce, and his wife, Bonnie. After the flood of 1955, the Black Rock Dam was built, and Harry helped move the house to Morris next to the Ives Farm (originally the Hubbard Farm). Harry and Eunice painstakingly restored the Ives farmhouse, and lived there for many years before moving to Lakeside.

Harry and Eunice would take their children camping each and every summer. They loved to travel making several trips cross country as well as a trip to Turkey to visit one of their sons who was teaching there.

Harry loved his vegetable garden, raspberries and blueberries. He had a passion for restoring antique Model A and T Fords. He spent many hours in his workshop building things or repairing items for his neighbors and friends. Just before his passing, his son, Harold, took Harry for a ride in his 1930 roadster with a rumble seat, probably the first time that anyone was behind the wheel other than Harry himself. This was a wonderful moment for him.

Harry was particularly fond of visiting his son, Harold, at his Brookview Sugar House in Morris. The two of them spent many happy hours together building and maintaining the sugarhouse.

Harry will rest beside his wife in the Lakeside Cemetery. Funeral services will be held 1 p.m. Saturday, Aug. 3, at Rowe Funeral Home, 283 Torrington Road, Litchfield. Family and friends may pay their respects from 11 a.m. to 1 p.m. at the funeral home prior to the service.

In lieu of flowers, contributions may be made to the local animal rescue foundation, The Little Guild of St. Francis, 285 Sharon-Goshen Turnpike, West Cornwall, CT06796; or the Connecticut Humane Society, 701 Russell Road, Newington, CT 06111.