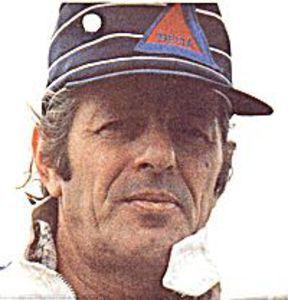 Mr. Stockwell was born in Woodbury, the son of the late Charles Stockwell Sr. and Margaret Stockwell. He was a lifelong resident of Woodbury, and he served with the United States Army. His love for stockcar racing began in 1949. He raced many tracks, but was most famous for his number “151” at the Danbury Race arena. He retired from racing in 1981, when the track closed down. He went into farming, raising cows, some of which he had pet names for.

“Chick,” who didn’t like attention, was a quiet man. But he had an open door policy to whoever wanted to come see him on the “hill.” No invitation needed. He was known for his Friday night gatherings and many humorous stories.

Funeral and burial services will be held privately in New North Cemetery, Woodbury. The Woodbury Funeral Home of Munson-Lovetere, 2 School St., is in charge of arrangements. To send an online condolence, visit www.munsonloveterefuneralhome.com

In lieu of flowers, the family asks that memorial contributions be made to the New England Antique Racing Association, P.O. Box 172, Milldale, CT 06467.

From: The Waterbury Republican-American