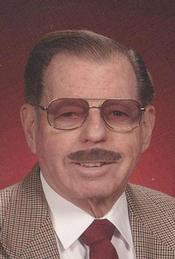 Anthony “Tony” Vespoli, passed away peacefully on Thursday June 20, 2013. He was 84. Tony, beloved husband of Gloria (Muscio) Vespoli also of Watertown, lived a life full of live music and cars.

Born and raised in Waterbury’s North End, to his parents the late Anthony and Jennie (Belgeno) Vespoli, Tony ventured to the Palace Theater in the early 40’s where the course of his life was charted when he fell in love with live music. He began his study of the saxophone and continued on with clarinet and flute. Tony graduated from Leavenworth High School and continued his music instruction with Professor Joseph Allard in New York City. He became a member of the 802 Musician Union and began his life-long music career.

Tony played in many bands in the Waterbury area in those early days. In the 50’s Tony went on the road with the Bernie Cummings Band ending up at the Baker Hotel in Dallas where he played six nights per week backing up such notables as Sophie Tucker, Tony Bennett, Marion Marlo, Julius LaRosa and Pat Boone. Subsequent tours took the band to Florida, Old Orchard Beach, Maine and to Palisades Park for Miss New Jersey pageants.

Upon return to his beloved Waterbury, Tony married Gloria Muscio and settled into a life of performance and teaching in his Oak Street residence. He spent his days passing on his passion and love of music and his nights playing in bands, most notably, the Al-Tonne Quartet in the 60’s and 70’s and Unexpected Pleasure in the 80’s and 90’s.

Another of Tony’s passions that rivaled his love for live music was his love of Buicks. Since the early 90’s Tony spent his time restoring cars to their original state. He was the President of Buick Club of America, Yankee Chapter, and spent many weekends with his wife and very good friends at car shows both near and far. His work was often recognized through the many local and national awards for the Buicks he restored.

Tony was a lifelong dedicated employee of the Maiorano Funeral Home in Waterbury where he served those in mourning as a limousine driver. He was a parishioner of Our Lady of Loreto Church in Waterbury.

In addition to his wife, Tony leaves his daughter and son-in-law, Gina and Mark Raymond, of Glastonbury and their daughters, Lucy and Anna. Tony led a wonderful life full of passion and love for his family, his music and his cars.

The funeral will be held on Monday, June 24, 2013 at 9:00am from Maiorano Funeral Home, 95 Willow St., Waterbury to Our Lady of Loreto Church for a Mass at 10:00am. Burial will follow in Mt. Olivet Cemetery. Family and friends may call at the funeral home on Sunday evening from 4:00-7:00pm. Memorial contributions in Tony’s name may be made to Klingberg Family Center, 370 Linwood St., New Britain, CT 06052, Attention: Mark Johnson. For more information and online condolences please visit www.maioranofuneralhome.com 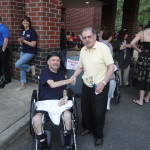