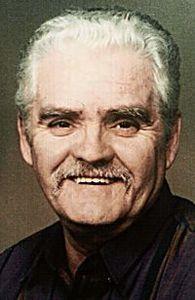 NAUGATUCK — Francis E. Lafo, 79, passed away on Tuesday, June 11, 2013 at Waterbury Hospital surrounded by his loving family. He was the husband of 59 years of Joyce (Dethlefsen) Lafo.

Mr. Lafo was born on Dec. 13, 1933 in Waterbury, a son of the late Francis E. Lafo Sr. and Hyacinth (Carrington) Lafo. He was retired from Pratt & Whitney in Southington, where he worked as a machinist for many years. He was also a Naugatuck Ambulance volunteer and worked for Buckmiller Brothers Funeral Home for many years after retirement.

He was a NJFL coach and was a member of the VFW in Naugatuck. He was an avid bowler, New York Giants, Yankees, Knicks and UConn Huskies fan. He enjoyed collecting stamps and coins.

He was a veteran of the U.S. Navy, having served in the Korean War.

He was predeceased by one daughter, Lori Lafo and his two sisters, Lorraine Wojtak and Ann Marie Foulkrod.

The funeral will be held on Tuesday, June 18, 2013 at 11 a.m. at St. Francis of Assisi Church, 318 Church St., Naugatuck. Everyone is asked to meet directly at the church. Burial with full military honors will be in St. James Cemetery. Friends may call at the Buckmiller Brothers Funeral Home, 82 Fairview Ave., Naugatuck on Monday evening from 6 to 8 p.m.