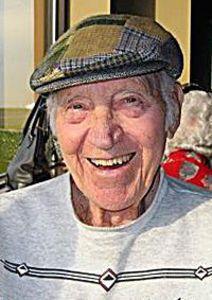 WOODBURY — Dr. Charles J. Rehkamp, 89, of Woodbury, Conn. and Cape Coral, Fla., passed away peacefully on Thursday, May 16, 2013 at Gulf Coast Village in Cape Coral after a long battle with Alzheimer’s.

He was born Nov. 21, 1923 in Brooklyn, N.Y. to George and Wilhelmina Rehkamp, now deceased. Charles attended Bucknell University, where he met and fell in love with “Jan,” his first wife and mother of his children.

He joined the Navy in 1944 as a LTJG. After graduating with a degree in dentistry from the University of Pennsylvania he served in World War ll and the Korean War. In 1949 Dr. Rehkamp moved to Woodbury.

After leaving the service he set up his dental office and practiced for more than 40 years, retiring in 1995. A proud and loving father, grandfather and great-grandfather, Charlie encouraged his children’s educational pursuits and enjoyed sharing outdoor activities with his family, including swimming, sailing, kayaking, biking, cross country skiing and fishing.

He was an active member of St. Paul’s Episcopal Church, singing in the choir, serving on ministerial search committees, the building committee, the annual St. Paul’s Fair and as a Eucharistic minister.

A believer in sharing his time and talents, he was a driver for FISH and donated his dental services to the Abbey of Regina Laudis for many years. An enthusiastic supporter of all things Woodbury, Dr. Rehkamp served as chairman of the school board of Woodbury High School and was the first board chairman for the newly incorporated Regional School District 14. He was chairman of the Nonnewaug High School Building Committee.

He helped develop and served as president of Spruce Bank Farms (Elderly Housing Management Inc.) and was president of the Woodbury chapter of AFS. He received the Jim Clark Business Award from the town in honor of his many services to Woodbury.

A lifelong music lover, he played the clarinet, sang in the Waterbury Chorale and with the Barnstormers. His favorite local organization was the Woodbury Lions Club. He served as president and was recognized for more than 60 years of service to the organization.

In lieu of flowers, memorial contributions may be made to Woodbury Lions Club, P.O. Box 314, Woodbury, CT 06798. Online condolences may be made through www.munsonloveterefuneralhome.com