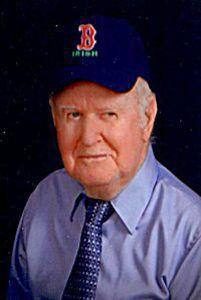 WOODBURY — Edward M. Barry, 84, of Woodbury, passed away peacefully on Monday, July 2, at Waterbury Hospital surrounded by his family in person and in spirit. He was the husband of Elizabeth (Knox) Barry.

Ed Barry was born Dec. 26, 1927 in Waterbury, a son of the late James Joseph and Mary Agnes (Scanlon) Barry. He attended Waterbury schools and joined the U.S. Navy in 1946.

He worked for the city of Waterbury Board of Education as an electrician for 33 years, where he was the VP and grievance chairman of the AFSCME labor union. He also worked for Research Projects part time after his retirement.

He worked for Region 14 as its district mail carrier for 28 years, retiring in December 2011 for health reasons. He had also worked as a school bus driver for Region 14 for a short time.

He loved his yearly summer camping trips and walking the beach in Maine with his large family.

A Mass of Christian Burial will be held on Friday, July 6, at 10 a.m at the Church of the Nativity, Bethlehem. Burial will follow in New North Cemetery, Woodbury, with full military honors. Friends may call at the Woodbury Funeral Home of Munson-Lovetere, 2 School St., on Thursday, July 5, from 4 to 8 p.m.

In lieu of flowers, memorial contributions can be made to the Woodbury Ambulance Association, P.O. Box 581, Woodbury 06798 or Church of the Nativity, 48 East St., Bethlehem 06751.