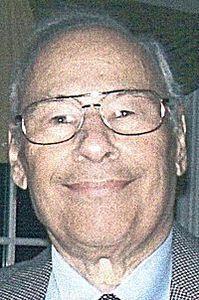 WATERBURY — Mr. John S. DiFederico Sr. passed away peacefully surrounded by his family on Wednesday, June 27, 2012, at Saint Mary’s Hospital. He was the husband of Nancy (Pedro) DiFederico.

Mr. DiFederico was born on May 14, 1938, in Waterbury, son of the late Pasquale and Carmella (DeLaurentis) DiFederico. He was a graduate of Kaynor Technical High School and spent nine years in the National Guard. He worked as an electrical draft designer for many years for companies such as Pratt & Whitney and Dual-Lite. While living in North Carolina, John retired from the John Deere Corporation, where he worked as an assemblyman.

John was a 3rd Degree Grand Knight in the Knights of Columbus, Council No. 3992. He and Nancy bowled for many years in the “Out-of-Towners” Bowling League at Wolcott Bowling Lanes. He was a gifted pianist, an avid fisherman, and he enjoyed putting together model airplanes. A licensed pilot, John loved to fly small airplanes with his friend, co-pilot Duncan Harper. Above all, he was devoted to his family. Later in life, John took up cooking and loved to make meals for his wife and family.

The funeral will be held on Monday, July 2, 2012, at 9 a.m. from Maiorano Funeral Home, 95 Willow St., Waterbury, to Blessed Sacrament Church for a Mass at 10 a.m. Burial will follow in Mount Olivet Cemetery. Family and friends may call at the funeral home on Sunday evening from 4 to 7 p.m.

From the Waterbury Republican-American