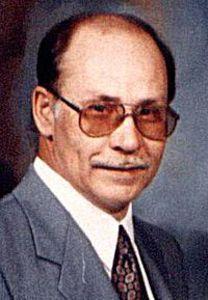 WATERBURY — J. Robert “Bob” Garrity, 68, died Monday evening, May 14, 2012, at Waterbury Hospital. He was the husband of Ann (Orzechowski) Garrity.

Bob was born in Waterbury on Aug. 26, 1943, a son of the late Francis A. and Ruth (Johnson) Garrity, and was a lifelong resident. A graduate of local schools, he received his B.A. degree from the University of Connecticut and was a diver on their swim team. He also qualified as an All American in that sport. In later years, he coached swimming and diving at the Boy’s Club, YMCA as well as Crosby and Sacred Heart High schools.

125 years ago, his grandfather, Francis F. Garrity, founded what was to become F.F. Garrity & Son Plumbing & Heating, a company which Bob ran with great integrity for 45 years gathering a large amount of loyal customers.

An avid banjo player and enthusiast of the Blue Grass style, Bob played for many years competing in festivals along the east coast. He was also an active member of the Roaring ’20s Antique Car Club. He volunteered his time organizing and acting as a judge for that organization which raised a great amount of funds for local charities.

Bob was also a member of the B.P.O. Elk’s Lodge No. 265 and the Irish-American Club in East Haven.

Besides his wife, he leaves two sons, J. Robert Garrity II and his wife, Anna Tereza Garrity, of East Haddam, Scott R. Garrity of Waterbury; a daughter, Laura Ann Berch and her husband, Todd, of Middletown; a sister, Faith Meehan and her husband, John, of Bend, Ore.; and two grandsons, Ethan and Cameron Garrity.

A memorial Mass will be held on Saturday, May 19, at 10:30 a.m. directly at SS. Peter & Paul Church, 67 Southmayd Road, Waterbury. The family will receive friends at the church beginning at 10 a.m.

Please consider making a donation in Bob’s honor to make a difference in the lives of the more than 1 million Americans living with autism today to Autism Speaks. Bob’s family will be participating in this walk. A link to their team along with donation information can be found on his memorial page at www.berginfuneralhome.com. Here you can also leave an online condolence and share a memory or a photo.