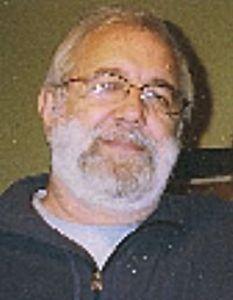 WATERBURY — Mr. Walter Narbutas, of Shadee Lane, died Saturday, Aug. 6, 2011, at Yale-New Haven Hospital after a brief illness. He was the widower of Kathleen (Robb) Narbutas. Walter was born March 5, 1945, in Penzlin, Brandenberg, Germany, the son of the late Felix and Mary Narbutas. He was educated in Germany and moved with his family to the United States in 1954. His family settled in the Brooklyn section of Waterbury where they lived for many years.

Walter worked as a lithographer for several printing companies throughout the area, most recently for Total Graphics of Norwalk. He was an animal lover and adored his dog, Leon, and his cat, Charlie, who were his loyal companions. Walter was also an avid car enthusiast. He was a patriot and wished he were eligible to serve with the armed forces but was unable, due to his disabilities. In 2008, Walter was honored for his support of Americans Disabled Veterans by the Commanders Club. Among his survivors are his son, Michael Shuken of Vacaville, Calif.; four stepsons; a stepdaughter; eight stepgrandchildren; his sister-in-law, Patricia Narbutas of Manchester; his two nieces; two cousins; and his close friend and companion, Jean Furs of Bristol. In addition to his wife, he was predeceased by his brother, Adolph “Al” Narbutas.

A graveside funeral service for Mr. Narbutas will held 11 a.m. Tuesday, Aug. 16, 2011, at East Cemetery, 60 Autumn St., Manchester. Those planning to attend are asked to meet directly at the cemetery using the Autumn Street entrance. Family and friends may visit at the Casey-O’Donnell Family Funeral Home, 1581 East Main St., Waterbury 06705, on Monday, Aug. 15, from 6 to 8 p.m. To extend online expressions of sympathy to his family, or for additional information, kindly visit the funeral home website at www.caseyodonnell.com.