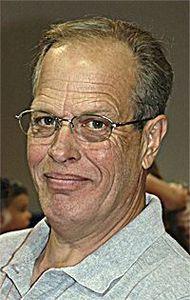 CHESHIRE — Peter Geoffrey Wallace passed away on Tuesday, Aug. 9, 2011, after a short illness. He was 64 years old.

Peter was born Dec. 27, 1946, in Waterbury, and was the son of the late Dr. Irving Edward Wallace and Rosalind Duesler Wallace Hathaway. He attended Kingsbury School in Waterbury, Cheshire Academy, and the University of New Haven, where he earned a degree in mechanical engineering and industrial management. Peter was self-employed for the past 16 years, providing consulting and services for HVAC systems and sharing his rare knowledge of steam heat and boilers throughout the state.

Peter was passionate about cars, and he bought, rebuilt and sold over 50 in his lifetime. His most recent project was a 1977 black Corvette, which his son now owns.

He leaves his wife of 42 years, Barbara Zurowski Wallace; a son, Philip (Blaire Michael) Wallace of Southington; a daughter, Jennifer (Scott) Vanderwall of Wilton; a grandson, Ryan Vanderwall; and three granddaughters, Taylor and Cameron Wallace, and Casey Vanderwall. He is also survived by his two sisters, Carolyn (Richard) Drescher and Linda (Sylvester) Ryan, and several nieces and nephews.