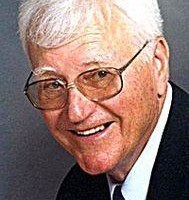 OCALA, Fla. — Frederick P. Wisneski passed away under the loving care of his daughters and Hospice of Marion County in Ocala on Sunday, Dec. 19, 2010.

He was born in Bristol May 14, 1921, to Frank and Helen (Braconeski) Wisneski. In July, he was predeceased by his wife, Helen (Murawski), of 67 years. They owned and operated the Austin House Hotel in Terryville for 39 years before retiring and moving to Florida. He was a member and chief of the Terryville Volunteer Fire Department. He also served as a fire commissioner for the town of Plymouth.

He is a member of the Terryville Lions Club, the Polish American Citizens Club and Elks Club of Bristol. He served as a councilman, an assessor, and a justice of the peace for the town of Plymouth. He is a member of Blessed Trinity Church in Ocala and St. Casimir’s Church in Terryville.

He is survived by his two daughters and sons-in-law, Sharon and Allan Goodwin of Ocala, and Ann and John Iosa of Southbury; grandchildren, David (Linda) Goodwin, Robert (Kim) Goodwin, and Sgt. Michael and Danielle Iosa; and five great-grandchildren.

He was a friend to everyone and will be missed by his family and friends. He was a faithful servant to our Lord, and surely is in his care.

Funeral services will be held 11 a.m., Monday, Dec. 27, 2010, at Blessed Trinity Church, Ocala. A memorial Mass and interment will be held at St. Casimir’s Church, Terryville, at a time to be announced.

In lieu of flowers, the family requests that memorial contributions be made to Hospice of Marion County (West Team), P.O. Box 4860, Ocala, Fl 34478; or Terryville Lions Scholarship Fund, Terryville 06786.