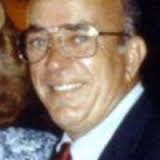 He was born Oct. 27, 1934, in Waterbury, the son of Anthony J. Boucher and Stella (Trepanier) Boucher. He was raised in Watertown, attending St. John’s School and Watertown High School before moving to Washington in 1970. He served in the U.S. Navy during the Korean War from 1951-1955 aboard the USS Missouri.

A natural talent, Charlie honed his skills learning from true masters in the building trades, including his father—his mentor. He worked primarily for F. B. Mattson Co. of Waterbury beginning in 1955. He rose from journeyman carpenter to carpentry superintendent and estimator for commercial and residential projects from 1973-1983. He was president of C. A. Boucher Co. Inc., his general contracting firm in Washington, from 1983 to his retirement in 2008. He specialized in new construction, renovations and custom millwork. During his entire career, he left his signature mark of quality throughout New Haven and Litchfield counties.

Charlie was a charter member of the Watertown Customs Club since 1955. In the 1960s, he was a local racing legend with his 1934 C-Altered Ford pickup, “Bad News.” He competed at Dover Drag Strip, Lebanon Valley and Connecticut Dragway. He was the NHRA National Champion in 1963 for his class at the U.S. Nationals in Indianapolis. “Bad News” was meticulously restored in 2002 by his friend, Roger Charbonneau, and now appears at nostalgia drag race reunions.

Since his retirement, Charlie has served on the town of Washington’s Building and Property Committee and also assisted in creating the initial lists for Region 12’s $2.3 million repair project for the three primary schools.

Late in his life, Charlie discovered a talent and love for wood turning. He had the natural eye and touch to create beautiful bowls, which he modestly shared with friends and family. He was a member of the Nutmeg Wood Turners League at Brookfield Craft Center.

In addition to Barbara, his wife of 39 years, Charlie is survived by his daughters, Kim Fenske (Gary) of Waterbury, Cheryl Becker (Robert) of Winsted, Donna Garceau (David) of Naugatuck and Lorrie Neumann (Carl) of Winsted; his sons, Anthony Boucher of Middletown and Charles A. Boucher of Bethlehem; nine grandchildren and two great-grandchildren. He was predeceased by his brother, Edward Boucher, and sister, Phyllis Zambero. Surviving are his sisters, Jean Ray and Charlotte (James) Brooks of Watertown, Carol Congero of Saratoga Springs, N.Y.; brothers, Alec Boucher of Germany, Raymond (Joanne) Boucher of Watertown; and sister-in-law, Marcia Boucher of Alfred, Maine.

There will be a private family graveside service. Lillis Funeral Home, 58 Bridge St., New Milford, is in charge of arrangements. Contributions may be made in Charlie’s memory to the Tribute Program of St. Jude Children’s Research Hospital, P.O. Box 1000, Dept, 142, Memphis, TN 38148.