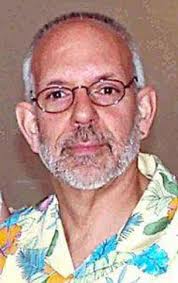 SOUTHINGTON — Benjamin N. Carr Sr., 63, of Burritt Street, the Milldale section of Southington, passed away surrounded by his family after a courageous battle with cancer on Saturday, May 15, 2010, at his home. He was the beloved husband of Molly (Aspinall) Carr.

Born May 14, 1947, in Meriden, he was the son of the late Malcolm and Josephine (Grillo) Carr. He served honorably during the Vietnam era with the U.S. Coast Guard, and was employed by Mass Mutual Financial Group for 26 years, retiring in 2007. Ben was the national director of reps for the Right Coast, and had a passion for his 1947 Chevy Sedan Delivery, a replica of his grandfather’s car. He was an avid Richard Petty fan and a member of the Wednesday Night Gang. Ben loved his family and especially enjoyed spending time with his grandchildren.

A memorial service will be held 7 p.m. Friday, May 21, 2010, at the DellaVecchia Funeral Home, 211 N. Main St., Southington. Burial will be at the convenience of the family. Calling hours will be held on Friday from 5 to 7 p.m.

In lieu of flowers, donations may be made to Smilow Cancer Hospital at Yale New Haven, P.O. Box 1849, New Haven 06508. For online condolences and directions, please visit http://www.dellavecchiafh.com