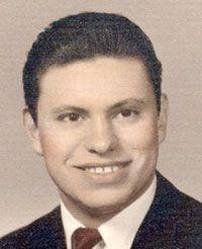 WATERBURY — Mr. John M. Pilla, 63, of 336 Lakewood Road, died unexpectedly on Thursday, April 9, 2009, while hiking and rock climbing in Plymouth.Mr. Pilla was born Feb. 3, 1946, son of Margaret (Celentano) Pilla and the late Eugene Pilla. He was a graduate of Crosby High School, class of 1965. He was a veteran of the U.S. Marine Corp. having served in Vietnam. After serving in the military, John moved to New York City where he became a professional boxer, having fought in 10 professional fights. He then returned to Waterbury and worked for the U.S. Postal Service for 10 years. He then followed his dream and began his own business, “Mountains Unlimited,” as a professional guide for the great outdoors.

John was an avid outdoorsman, enjoying hiking, mountain climbing, skiing, white water rafting and canoeing. He loved to travel, and enjoyed opera, theater and classical music. He was a volunteer at the Seven Angels Theater, the Thomaston Opera House and the Palace Theater.

Besides his mother, Margaret, with whom he lived, John is survived by his uncle, Joseph Celentano of Waterbury, his aunt, Florence Cipullo of Waterbury, and many cousins and friends.