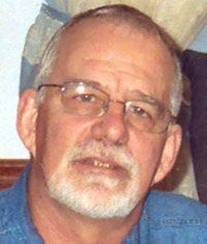 WATERBURY — Mr. Earle J. Traver, 60, of 935 Frost Road, Waterbury, died Thursday, June 18, 2009, at Saint Mary’s Hospital after a long illness. He was the husband of Marie C. “Cookie” (Cantele) Traver.Earle was born in Waterbury on Feb. 10, 1949, son of Irene (Miller) Traver of Sanford, Fla., and the late Earle Traver. He was a longtime resident of Wolcott and graduated from Wolcott High School. He earned a certificate in sprinkler fitting through Penn State University, and served in the U.S. National Guard. He worked for M.J. Daly as a sprinkler fitter and inspector for 25 years. After M.J. Daly, he founded and co-owned Fire Protection Testing Co. of Cheshire until his retirement in July 2008. He held his own contractor’s license.

Besides his wife of 36 years, and his mother, he leaves a son, Thomas Nappi and his wife, JoAnne, of Jefferson, N.Y.; a brother, William “Billy” Traver and his wife, Jacqueline, of Oakville; a sister, Earlene Garza and her longtime companion, George Schnippel, of Sanford, Fla.; two granddaughters, Sabrina and Jillian Nappi of Jefferson, N.Y.; and several nieces and nephews, Melissa and Jessica Traver of Oakville, Michelle Gunterman of Oklahoma City, Okla., Michael Greniere of Osteen, Fla., Jason Garza of Lake Mary, Fla., Bobby Margaitis of Lakeside, and Sue Cantoni of Watertown.