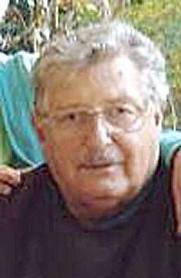 Mr. Tanuis was born in Torrington on Feb. 19, 1938. He was a lifelong resident of Bethlehem, attended local schools and graduated from Kaynor Technical School in Waterbury. He was a veteran of the U.S. Marine Corps and was stationed aboard the USS Ranger for 18 months. He also served in the Naval Reserve. He and his wife, Joan, were married Aug. 5, 1961. He was employed at Pratt & Whitney’s Southington plant for 35 years, retiring as a foreman in 1991. After retiring, he enjoyed traveling with his wife to many locations in the U.S., sightseeing and visiting family and friends. He was a former member and past president of the Bethlehem Lions Club where he was instrumental in starting the annual tractor pull.

He liked spending time at his barn restoring antique cars and farm equipment and could be found showing them at local car shows and fairs. He enjoyed music, especially polka, and he loved playing the accordion.

Funeral services will be held 10 a.m. Thursday at Church of the Nativity, East Street. Family and friends are asked to meet directly at the church. Burial with military honors will follow in Bethlehem Cemetery. Friends may call at Hickcox Funeral Home, 195 Main St., Watertown, on Wednesday evening, July 30, from 5 to 8 p.m.